A Renaissance of Story

I’ve begun researching interactive fiction because a little voice inside my game designer’s brain is telling me that what I really want to make is interactive fiction. This kind of fiction has a long history and an underground community of followers. 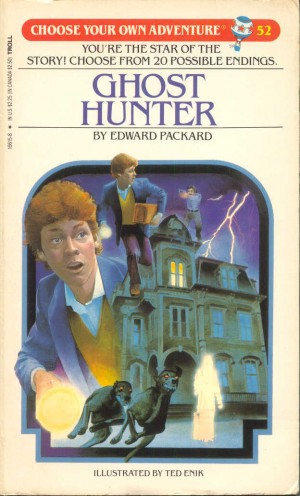 You will perhaps remember the “Choose Your Own Adventure” books from your childhood? To this day, they’re still being published by Chooseco, the company that owns the exclusive rights to the “Choose Your Own” brand. Many of these are now available on Kindle as well, such as Secret of the Ninja, Journey Under the Sea, and Space and Beyond.

You can find clever and educational titles, most geared toward young children, and some toward all ages, such as Your Grandparents are Zombies!, Your Very Own Robot Goes Cuckoo-Bananas!, and The Civil War: An Interactive History Adventure from the You Choose: History series.

Most interestingly, there are numerous designers out there creating text-based choose-your-own-adventure apps and games, such as the ones in this gallery, some of which are free and/or supported by in-game purchases.

Even the comics industry is getting into interactive fiction—as the very definition of it evolves—with The Wolf Among Us, which combines gameplay with the storytelling power of a comic book. Telltale Games based it on the Vertigo/DC comic book called Fables by Bill Willingham.

The Wolf Among Us had a huge impact on our own approach to the design for our first game series. Telltale Games took a solid story and uses gameplay to support it, whereas so many games out there did just the opposite. They started with the gameplay, then layered the story over it. But, what is gaming (or what should it be) if not interactive fiction?

I believe that we’re entering into a Renaissance of Story in the games industry. Not only are writers finally being included in the design process, but they’re also involved in the layout of the story and world-building from the very beginning. As players realize what great story they can have, they’ll turn away from the superficial faux-story used by so many games over the years.

This makes me giggle with glee because I’m the kind of gamer who will walk away from a game within the first thirty minutes if its story doesn’t engage me. I have a long list of games I started that bogged me down in shooting, grinding, and a thin layer of story. I’m even more excited to be working on an interactive fiction game that puts story first and builds the gameplay to support and enhance that story.

I am such a lucky woman!

For Further Exploration: The Matter of the Great Red Dragon | Choice of the Dragon | Zombie Survival | Reckless Space Pirates | Trial of the Demon Hunter by Samuel H. Young

Matter of the Great Red Dragon_lg 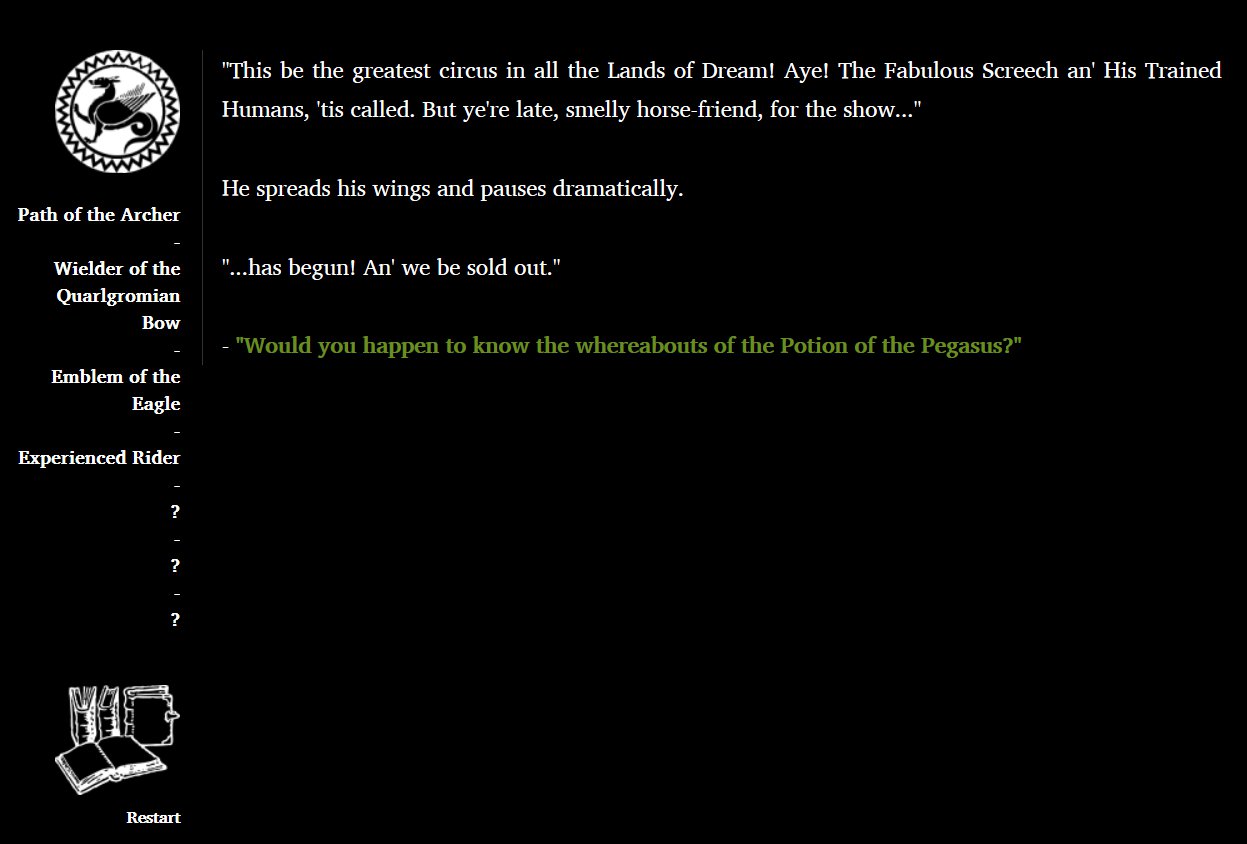 The Matter of the Great Red Dragon © Jonas Kyratzes