The Importance of Strong Female Characters

With the recent hashtag movements of #WeNeedDiverseBooks and #YesAllWomen, it seems appropriate to discuss strong female characters and their importance in games. Recently, a study determined that women are now the dominant gender among gamers. But how many games feature a badass woman, or even a “normal” or paranormal woman/young adult/teen/girl, who gets to save the day or solve the mystery or rescue the princess/prince? More than there used to be, but not as many as there should be. 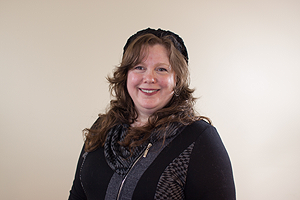 Perhaps this absence is due to the fact that an enormous percentage of developers are men, or perhaps marketing departments have a seriously skewed sales/profit view that believes games with strong female leads won’t earn as much money. Regardless, the reason matters less than the effect of dismissing the overwhelming need for strong female MCs with stories and gameplay that women gamers truly want, which doesn’t have to revolve around sim games or cooking or fashion or dancing. Even though the industry may be lacking in a balance between female and male lead characters, it is at least becoming more common to see strong, well-developed females (even if they are secondary, or co-star, to the leading man). Many of these ladies aren’t even in need of rescuing all the time! Developing strong women accurately is extremely important in order to set good examples for gamers of either gender and to discourage the archaic idea that women are weaker, helpless, or should only be present to titillate.

So, the question you may ask is what makes a female character strong? Games Omniverse’s game director Angel Leigh McCoy says, “Not every female character has to be brave or a hero to be a strong female character. She can be sniveling and conniving, and she can be a coward, but she has a mind of her own and isn’t just there for someone else’s gratification.” The amazing thing is that we could say the exact same thing about male characters. That’s the point! Male characters have their own personality, get themselves out of trouble, and are present and engaged in the game because their role is often different than that of the female characters. Typically, the men are the heroes, the ones who save the kidnapped wife or child or victim, the ones who can get themselves out of being captured, etc. But in reality, this should be the same for the women in games, too.

For example, while most of the playable ladies from the Resident Evil series are like co-stars, so to speak, they often help save their male counterparts from being eaten by monsters or falling to their death. They (Jill, Claire, Sheva, Helena, Sherry) are strong and well-rounded; not only in the physical sense, but also in that they have their own personalities, fears, opinions, etc.

Moreover, in Silent Hill 3, Heather Mason (the lead playable character) is a great example of a young woman who was not at all physically strong but battled emotionally and psychologically with her own fears, as well as the influence of her true self. She was sometimes a brat and often moody, but she persevered through the awful events of the game, even after something particularly traumatic happened. A strong female character doesn’t have to be able to beat up everyone. Instead, she can use her mind to get herself, and anyone else, out of dicey situations. She should have a personality that contributes to her role and to the story, and she shouldn’t be a stereotype who is just there to have too-tight clothes and a nice rack with outlandishly impossible gravity animation.

It isn’t far-fetched to believe that strong female characters can have an influence on society, and this influence should be a positive one. Inspiring strong females in other media, such as literature and film, have had an impact on any age group or gender. 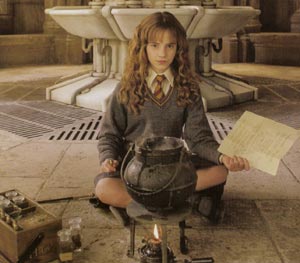 For example, Hermione Granger from the Harry Potter series is a strong female character with powerful convictions and intelligence. Throughout the series, we see her develop from a somewhat patronizing know-it-all to a compassionate and astute young woman. Hermione’s development and beauty, in that she feels like a real person worthy of admiration and emulation, helps set a good example for children and adults alike. Similarly, in television, we had Buffy from Buffy the Vampire Slayer, who was sometimes a flawed young woman. Like Hermione, these flaws made her feel more real. And her subsequent need to cope with the consequences of her bad decisions helped show fans that women of any age can kick ass, cry like the world is ending, and come back from it ready to fight for what is right. 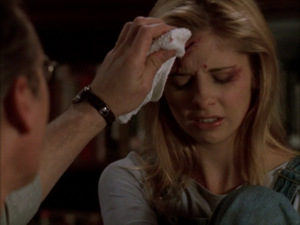 We absolutely need more of this in video games. Strong women can serve as a role model for girls and young women, but boys and men would also benefit from interacting with a more natural portrayal. And, of course, the game industry should also listen more to the gender that plays the most and give them games with women who are relatable and have hopes and dreams and intelligence and the strength to save themselves, as well as others.