Sound effects in games are usually integrated so well that most gamers wouldn’t think twice about that well placed sword clash or the detail of footsteps on snow. But imagine a game without them?  Games Omniverse Sound Designer, Andre Bissonnette is back to share what it takes to design sound effects and create the creepy atmosphere for Danika Dire.

Heather Reid: First, tell us what games inspired you to become a sound designer and what about those games stand out to you? 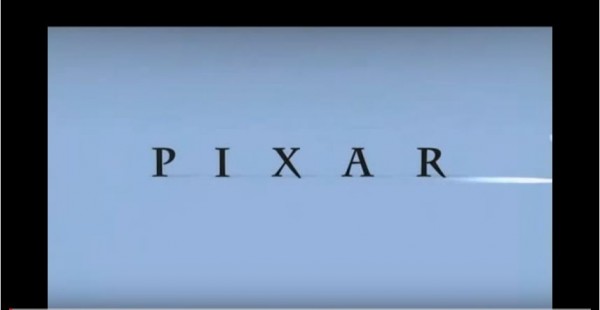 The amount of character added using nothing but sound fascinated me.  Watch that animation with no sound and you’ll see what I mean.  The story isn’t the same without it. There are a lot of creative things you can do that can change the whole feel of a video by changing the sound and music. Watch this parody trailer turn Silence of the Lambs into a feel good romantic comedy by adding a few cheesy voice overs and upbeat music.

As for games, I particularly love the minimal sound effects used in Shadow of the Colossus. The sound designers use minimal sound effects to create a melancholy and stark atmosphere. Riding Agro in an open field and hearing nothing but the hooves on the ground and the howl of the wind, combined with minimal music, if any music at all, is a really smart choice. It’s a great juxtaposition from climbing and fighting the colossi. There, the music picks up and gets incredibly complex, creating tension and danger.

Listen to the obvious sounds. The sound of the hooves on the grass, to the darkness coming out of the colossus, and the sword hits. But then also listen to the difference when the player climbs on the fur vs on the stone. That attention to detail and the artistic choices of when silence is appropriate make that stand out. The silence lasts a fraction of a second, but it makes a big impact. Other games that inspire me are Bastion for its excellent use of narration, Amnesia for atmosphere, and Battlefield 4 for its realism.

Heather Reid: What are some of your favorite sound FX that you’ve designed for Danika Dire so far?

Andre: The most fun, by far, are the various monstrosities I’ve created. Microphone in hand, I get to make sounds similar to those of a dying animal, mix them with a little zombie, and then play with those assets until something horrific comes out.

Heather Reid: What’s been your biggest challenge so far?

The biggest challenge is coming up with the best collection of sounds to create atmosphere.  We’re making a horror game, so atmosphere is everything.  If you get the wrong atmosphere, the whole feel of the game can change.  The other challenge is letting repetition desensitize you to the work. When you listen to the same sounds over and over, sometimes hundreds of times a day, you begin to think, “That’s not even scary”.  When that happens, I get a friend to listen to it, and if they find it scary, than I know it’s just me being desensitized to my work.

Andre: Starting. Sometimes your brain goes in a thousand different directions, so filtering out what you actually need versus what you can possibly do is difficult.  Once you get started, things get easier.  There’s also consistency.  Do I want to lean more towards realistic sounds, or stick to conventions, or go for something that’s not quite right by itself, but in the bigger picture, it’ll fit in nicely.

Heather Reid: Do you typically work from sample banks or do you organically capture interesting or unusual sounds using a field recorder and manipulate them into the sounds you want?

Andre: I try to get as many practical effects as possible.  I hate using sound banks. They make it too easy to be lazy.  I definitely see the appeal, if you want things done quickly, it’s easier to use a sound bank, but I prefer getting practical effects myself and then putting them through the ringer.  That being said, I will occasionally use sound banks.  For some reason, getting doors to sound like “doors” is rather difficult.

Heather Reid: Briefly touch on the technical side of developing audio for a game. What does a typical session look like for you when working on game effects?

Andre: First, I determine what scene I’m working on. I list all the possible sounds, and then decide which of those things SHOULD go into it.  Remember that Shadow of the Colossus design choice? Silence is a powerful tool, and I believe in keeping things as minimalistic as possible when creating an environment.  Once I come up with the environment, then I either work on creating and recording sounds, or if I need something typical, I’ll go through my sound library. Afterwards, I’ll populate the scene, play the sounds over and over, and tweak it until it sounds the way I want. The most important thing about sound design is realizing most people won’t notice it’s even there–unless it’s bad. Nothing will pull you out of the experience quicker than bad sound effects.

Heather Reid: Game design is such a collaborative effort. From art to story, to sound, they all have to work together seamlessly. Who decides which style and direction the audio should take?

Andre: The cop out answer is to say either we all do, or the audio director does.  For me, it depends on the story and narrative of the scene and its context, and what the art looks like.  That factors 70% of my sound design choices.  The other 30% is personal and artistic choice.  For example, you’re in a small room with a single light bulb.  Obviously you need the light bulb, but is it flickering,or does it hum?  Most importantly, what happens to the mood when you make those choices, and does it enhance or detract from the experience with those added sounds?

Thanks for joining us!